I met a Persian Bahá’í lady when I was a young teenager living in Tonga with my Tongan mother and New Zealand father.  She was an owner/teacher of a Montessori preschool in Samoa. This was when I first became aware of Montessori principles and practices. 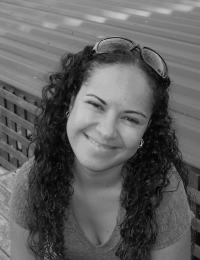 As a  Bahá’í, I was raised with the understanding that a number of aspects of the Montessori philosophy are similar to Bahá’í beliefs. It is for that reason many Bahá’ís around the world have become involved with Montessori schools.

There are many aspects of Montessori that are similar to Bahá’í beliefs, such as; nurturing the wellbeing of the ‘whole’ child both spiritually and physically and that all children, no matter their ethnicity, cultural or social background, have potentials and attributes that are precious and abilities that if appropriately fostered and developed, will not only enable them to develop their own self-worth but become valuable members and contributors to society.

The other thing that attracted me to Montessori was that Dr Montessori developed her philosophy from observing and working with individuals with special needs and those from disadvantaged backgrounds. As I gained a more thorough understanding of Dr Montessori’s methods, I was able to relate how this could have greatly assisted me since I had specific learning difficulties as a child.

I graduated from Auckland University of Technology with a Bachelor of Early Childhood Teaching (Montessori), which covered both mainstream education and Montessori. I am currently in my second year of teaching at Wee Wisdom Montessori Preschool in a rural area of south  Auckland, New Zealand.

I find it rewarding to work with like-minded teachers that share a common philosophy toward the educating of children. It is a joy to see children achieving success at their own pace and a pleasure to work with Montessori equipment and resources that constructively teach children to learn at their level in an interesting and fun way.

Eventually, I would like to gain the skills and experience to set up and manage/teach in my own Montessori preschool. I would also like to explore ways to make Montessori more accessible, particularly financially, to families of Pacific Island heritage and to introduce a virtues programme as an integral part of the school curriculum. My long-term goal is to set up and run a Montessori preschool in Tonga and help Tongans to become Montessori teachers

I believe that the Montessori method is currently the most effective, systematic and constructive way of educating the individual child naturally, as a whole child, in a way that they find stimulating and enjoyable at their own pace. I would suggest that where possible that anyone considering Montessori as a career takes studies that assist them in becoming aware of mainstream philosophies on education, not only as a comparison to better understand Montessori philosophy and methods but there is much within the mainstream that can be learned that aids one to become a better Montessori educator.